How often are you actually checking in on your windows?

Unlike other utilities – like a refrigerator – we don’t usually interact with our windows multiple times a day. So, despite being one of the most prominent elements of how a home looks and functions, windows are easy to overlook during routine maintenance and upkeep.

In fact, some windows go multiple months without even being opened or closed, and maybe even decades without being replaced. The perception is that’s a good thing, since longevity helps justify their cost. However, because they might be so far out of mind, you might miss a serious problem building until it’s too far gone.

Windows serve a variety of important roles within the home. They let in natural light, defend against trespassers and improve energy efficiency. So while the need for a window replacement is not always as obvious as, say, the need to unclog a drain, it can be equally detrimental to the overall performance of a home.

For this reason, it’s important that you check out your windows every few months to assure they’re working correctly.

There are many ways to tell when a window is not working properly. If you notice any of the warning signs below, it may be time to pay us a visit.

1. They look worn out

The most obvious signal that it‘s time to upgrade your windows is visual decay.

Even the highest-quality windows are vulnerable to deterioration over time, since they’re constantly exposed to various elements – from freezing temperatures to powerful, UV rays.

If you notice rot, mold or signs of warping on the window frame, it’s definitely time to intervene. Since windows are such a major component of your home’s overall look and feel, you’ll want to get to the problem before it worsens. 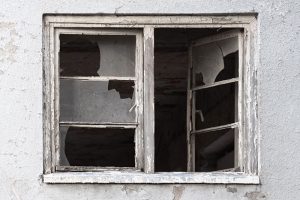 2. They are difficult to operate

Opening windows within your home should never feel like a work out. If it does, something is probably malfunctioning.

Make sure to check for smooth, fluid operation by opening each window every so often and taking note of those that require excessive force. Any window that resists, has a malfunctioning lock or is swollen shut entirely is definitely worth assessing.

That doesn’t always mean replacement is your only option, though: a focused repair of a specific window component can sometimes save big bucks on replacement. To learn if a repair is right for your window, check out our Rama Repair™ service.

If you consistently notice excessive amounts of moisture building up on your window panes, you’re probably the victim of a leak.

Leaky windows can cause serious damage to the frame, especially if they’re made of wood. Though increased moisture may feel natural during the winter months, it fuels the growth of mold and can cause serious safety issues.

Leaks are usually caused by poor installation or failed seals, both of which deserve immediate attention. 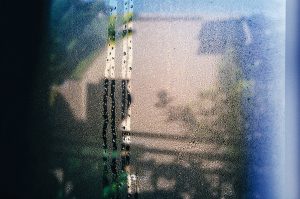 4. Your energy bills are too high

If the areas surrounding your windows feel cooler than the rest of your house, it’s likely that your windows have drafts. To investigate, try holding a candle up to your window and watching its flame to see if it flickers. If it does, you should consult with a professional immediately.

During winter months, drafts allow cold air in, effectively wasting heat produced by your furnace (and the cool air generated by air conditioners in the summer). Not only are they uncomfortable for inhabitants, but they’re also unnecessarily costly, wasting expensive energy while spiking up cooling and heating bills year-round.

According to the Energy department, drafty windows can raise energy bills by 10% to 25%.

5. Your home is too loud

If your peace and quiet is constantly being disrupted by unwanted sounds or you regularly hear cars approaching from down the street, your windows might be failing to insulate sound. This problem is especially common in older or single-pane windows, but is not something you should try to ignore.

The best modern, energy efficient windows will absorb sound waves while they’re still far from your ears. So, if your home is too loud, it’s probably time for a window replacement. 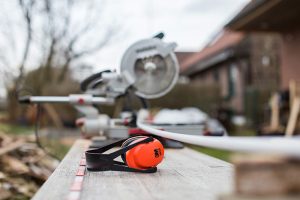 Here’s your next step…

If any of these five signs feel suspiciously familiar, it’s probably time to pay us a visit. We have dozens of locations across the tri-state area and are always prepared to offer expert assessments. Find a showroom near you or request a quote today.

Value Engineering at its Best

How To Reduce Heat Loss From Windows

How To Clean Windows Effectively 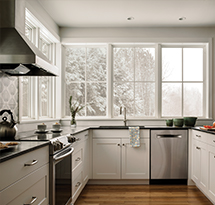 How To Reduce Heat Loss From Windows 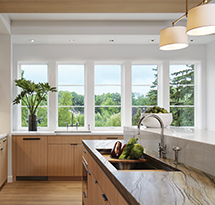 How To Clean Windows Effectively 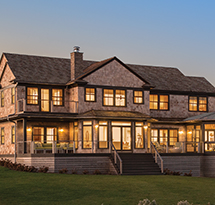 How To Choose Windows For New Construction 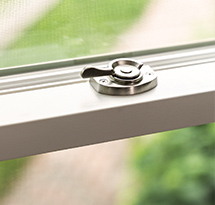 6 Things To Do Before Installing Replacement Windows